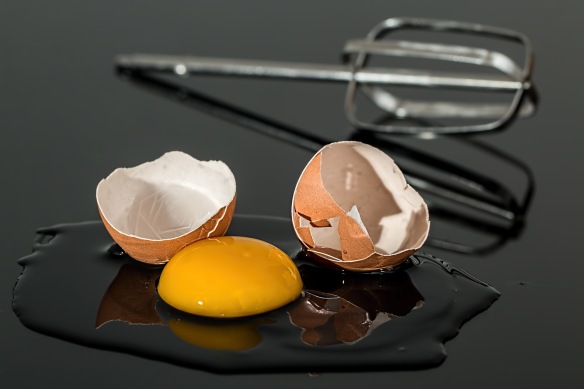 My parents love to tell stories from my childhood of times when I would go to great lengths for the sake of avoiding a mess. I never ate sauce on my spaghetti noodles, because it was messy. I didn’t eat buffalo wings until I was in my 20’s, because you have to touch them with your fingers. A spot on a clean shirt will ruin my mood for the rest of the day. Even today, although I (carefully) eat sauce on my noodles and buffalo wings, I still run when my children are playing in the mud or with paint.

Unfortunately, this apple doesn’t fall far from the tree.

I see a similar disposition manifesting in my children’s behavior as well. When my oldest son was in preschool, his teachers would say that he never needed to be cleaned up after mealtime. When teachers were scrubbing smeared banana and ketchup from his classmates’ faces, they were also questioning if he was served any food at all. That’s my boy!

Although I try my hardest (much to the frustration of my wife and others) messes cannot be avoided. To avoid messes would mean to avoid people entirely…even myself! There is no such thing as a non-messy person. Messy is our only option. As much as we try to deny it, avoid it, or cover it up, we’re all a mess…perhaps even a hot mess.

We make decisions that lead to mess…in our schedules, in our careers, and in our relationships. Any effort to deny, avoid, cover up our mess always leads to being messed up in the head! There is a better option. This seems counterintuitive at first glance, but moving toward a mess outside of ourselves is always energy better spent than trying to paint a cover over our own mess.

This coming Sunday, we will begin a new series at 801South at Matthews, titled “Move Toward The Mess.” This concept comes from a book by the same name and the series will feature highlights from our Global Impact efforts across the world. There are two goals to this series. The first is to tell our story well. The second is to consider how serving others is a posture rather than a program.

Moving toward the mess is difficult and, well, messy. But there’s no better (nor more authentic) way to live. There is a life undiscovered on the other side of the mess that cannot be explained. This abundant life can only be experienced. Let’s move toward the mess…together.